“I am not worried about the state of the structure of the studio. We produce credible music from that mud studio,” said Wilson Langu Baloyi, who recently released a second album, Jazz music.

Baloyi (40), dropped out of school in Grade 10 because of financial constraints. He worked for years as a contract worker in the electrical industry.

“The contract closed, and I had a hard time. Having been a music fan for a long time and watching my father play music, I decided to join him,’ said Baloyi, fondly known as giraffe (because of his height).

His father taught him how to play the guitar.

He said the album was still selling well. Fellow church members support him by buying the album.

Asked why he had decided to record his album in the mud studio in Mpfeni Block D 1, Baloyi said, “I usually mind about quality work. Out of the studios I know around, the mud studio produces quality music. In addition, it is a stone’s throw away from my home. I do not have to get a taxi to be at the studio.”

In April this year, Baloyi released an album of jazz music. He was joined by the Elim Big Jazz Band.

“This is supposed to be my lifeline. Another album is in the pipeline,” boasts Baloyi. 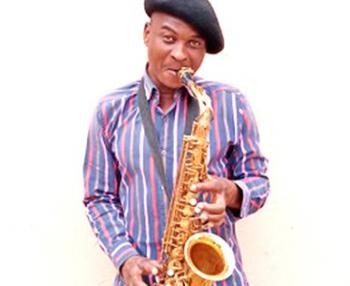 Wilson Langu Baloyi (The Giraffe) uses the mud studio to produce his albums.