The theatre play, Incognito, made it to the Virtual National Arts Festival in Makhanda in the Eastern Cape in the first week of July, where it got raving reviews and views.

Incognito is the creative work of Struu Artzz Entertainment founder Promise Nyalungu. The work was first presented at the National Arts Festival in 2016, where it drew numerous full houses.

“Inspired by true events, Incognito takes audiences on a journey into the events of the fall and death of protagonist politician John Phakhathi, the ward councillor who wants to sit for a second term,” said Nyalungu. “The announcement by his mentor and old acquaintance, General Stanley Nkabinde, to run as a candidate as well for the same position of ward councillor sees Phakathi on a dark quest of acquiring more power for a second term.”

The councillor is drawn into a relationship with Dubulamanzi, his witchdoctor, who forces him to believe that things are wrong in his life because his ancestors have turned their backs on him. “Persuaded into a journey to the dark side, the boundaries between African beliefs and reality become indistinct as he begins to live in a gradual state of greed, dominated by his desire for power and leadership and motivated by his loss of support in the community,” Nyalungu said.

Incognito afforded the featured artists, most of whom are from the deep rural areas of Limpopo, a chance to showcase their craft. Nyalungu developed the play in 2015 with a private club for artists, dancers, and actors at the University of Venda. It aims to address the rising number of political killings, especially during election periods, and the role of power acquisition in ritual killings, especially in Limpopo’s Vhembe District.

“As the hopeful youths of South Africa, we have realised how our country has experienced a vast growth in the cultural and creative industries over the past few years, especially in the metro cities of the country such as Durban, Johannesburg and Cape Town,” he said. “However, we felt that a lot still needs to be done to uplift the standard of these industries, especially in the Limpopo and Mpumalanga provinces.”

He added that they believed that theatre formed part of the conversation that helped people to understand their place in the world. “We think that small stories are as worth telling as big stories,” he said. “We are interested in the small, intimate things in life, the things that often get overlooked or swept under the carpet (like our province): the raw and untamed talent, the beauty to be found in the tiny details of everyday life.” 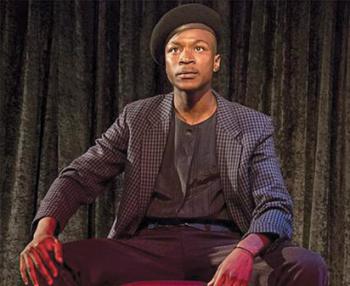