Chandu said that Afrika was a song that reminded "you to embrace who you are as an African. It is a house track with afro beats".

Chandu is an Afro-soul singer and songwriter whose music is inspired by life in general. He can translate his life experiences and those of others into song. His journalism and radio knowledge are playing a vital role in honing his skills, which gave birth to his multilingualism. He has six years of radio experience.

Born and bred in Ha-Masia, the 29-year-old Chandu is proficient in Tshivenda, Xitsonga, Sepedi and English. He writes his songs in these languages. Tshedi Mholo, Robin Pieters and Craig Lucas are some of the well-known musicians he has worked with as back-up vocalists.

He represented Limpopo Province on Mzansi Magic's Clash of the Choirs in 2014. "The experience was wonderful because we had RJ Benjamin as musical director," he said.

He said that his vision was to release an album one day and to establish himself as a top songwriter. He draws inspiration from the late Oliver Mtukudzi and Hugh Masekela as he grew up listening to their music.

The song is currently receiving massive airplay on local and national radio stations. For bookings and matters related to his music, reach him on
Chandubookings@gmail.com . 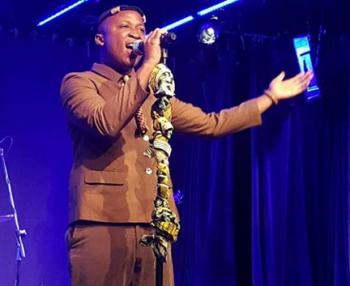