“The fact that I come from the Niani area where I spent most of my time looking after goats should not define my destiny.”

These are the powerful words from successful musician and community builder Sedzani Stanley Sigebe, better known as Pro Heed in the music industry.

After a successful music career, Pro Heed, a former barefoot boy from Ha-Mukununde-Tshamutavha, moved a step further this year by establishing Pro Heed TV and Radio Agency. Amazingly, Pro Heed is unemployed, and he uses the proceeds from selling his music to develop less fortunate community members.

Stunningly, his agency has already helped more than 800 extras, actors, models, musicians, dancers, presenters, and voice-over artists to make their dreams come true on radio and television. His agency has already worked with soapies and drama series such as The Omen, Isibaya, Gomora, Bomb Commercials, Housekeepers, Rented Family, Muvhango, Generations The Legacy, Rhythm City, The River and The Queen.

He said the idea of coming up with this initiative was driven by the fact that talent could be found in rural areas that ended up not being realised because of a lack of resources. “I only look for ambitious people who have dreams and passion to become successful. I believe that it is better to work with a few people who are serious, focused and have a desire to make it than to work with a million people who are not grounded and have no desire to succeed. My job is to train them and link them up with production companies. I believe that art, voice, beauty, and a beautiful body do not need school qualifications. Both young and old can use their talents to realise their dreams.”

Pro Heed has a huge interest in helping those who are less fortunate. In 2017, he formed the Muphulusi Foundation to assist orphans and disabled children in schools by buying them sanitary pads, toiletries, school uniforms, shoes, and food. The foundation has donated these items to several schools in Limpopo.

Last year in December, Pro Heed hosted his first Annual Orphans and Disabled Christmas Day Event at Tshilamba. “I am doing this with the money I get from selling my music CDs.  What really inspired me was the fact that I was touched by the large number of children without parents who even go to bed without food. Some of them go to school without uniforms and school shoes, and this is heart breaking. These kids need our assistance to become future responsible leaders. They did not choose to be what they are, and it is everyone’s duty to come to the rescue.”

Those who dream of making it in the radio and television world and partners who want to join hands with him in assisting orphans and disabled children can access him at www.Proheedagency.co.za or call him on 079 102 0296. 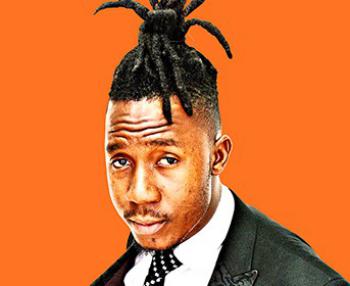 Sedzani Stanley Sigebe, better known as Pro Heed in the music industry, is a community builder who wears many hats. Photo supplied.