Spiky Boy's move in the industry

Hulisani Rasimphi Sirunwa, who is known to music lovers as Spiky Boy, has found a voice of his own in the most competitive VenRap genre.

“I discovered my talent of singing when I was still young, sampling different rhymes and penning my own rhymes and belting them out with energy,” said the 22-year-old artist. He was one of the artists who were recorded at the home-based studio known as Rampiet Studios, at Magau village, in 2015.

His popular song is O tuwa ri songo lavhelela, on which he featured Rendy M. In 2016, he recorded his anthemic track, entitled Heita holla (ft Romeo), which was produced by Adroit Beatz at Madombidzha village.

Spiky Boy was encouraged to take his talent seriously by his cousin, Melton Rasimphi Makhumisane, who even took a video with the talented DJ Maphorisa playing Heita Holla in the background and forwarded it to the young artist. “That video served as a motivation to me because I have great respect and admiration for DJ Maphorisa,” he said.

A resident at Tshikwarani village in the Kutama area, Spiky Boy said that the music industry needed one to be innovative and not just record and release music just for the sake of getting it out to people. “Talent needs to shine through in one’s song,” he said.

His other hit songs include, among others, Romeo & Juliet (ft Meskay Mr Hook, and produced by DG Beats Lampady), Tendani (ft Prifix and Vp-Talking, produced by DJ Matome).

“Music runs through my veins,” he said. “If I have a problem, every time I sing, I forget about the pain as I gain healing through my art.”

Spiky Boy is available on social media and can be reached on 079 690 0961 and spikyboysa@gmail.com. 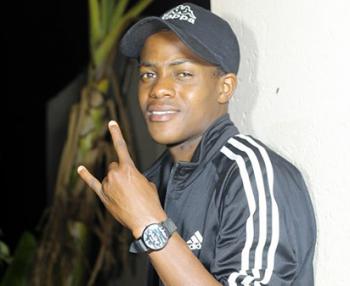