The sky is the limit for Ras Man

Ras Man, the reggae musician who is also in music promotion management, is one artist who takes his talent as an artist seriously and he also happens to be a lover of art in general.

“My musical journey started some 10 years ago, when I had a dream in which I saw myself recording a song. I took it seriously, so that it didn’t take me long before I had hooked up with a local studio,” he said. “I recorded a single track, which received the thumbs-up from the great Shufflers Ragimana in 2013. Ragimana motivated me a lot, and he became a wall on which I leaned for support whenever I didn’t understand some stuff in the music world.”

His full-length album was released later, entitled Ahuna Tshisafheli. In 2019, he recorded and released a single entitled Send me Lord. “I have walked a good walk of quality music production since I entered the music industry,” he said.

This resident of Khalambadzo section of Tshififi village said that he grew up listening to both local and international reggae music, to the extent that when he began to write his own music, he found doing so easy.

Carlos, who was born Carlos Tshikalange, said that he also served as a motivational force among musical youths in his village. “They come to me to seek information that relates to music and I provide it to them, free of charge,” he said. “Music means life to me. I use music to send messages across, or for entertainment’s sake.” 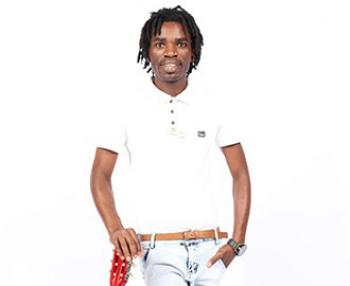