Young singer Rejaveration, who was born Tinyiko Knowledge Chabalala at Ndindani village, believes that his success to impress music lovers largely lies in his personality, coupled with hard work.

He stated that music had always been food for his soul, and his hard work as a singer was noted when he was nominated for the Golden Art and Media Awards 2019 in the Best Upcoming Artist category for the song entitled Tour to success.

“To me, music is a way of life,” he said. “I can’t really imagine a sane life outside the music frontiers – I live music, I breathe music. I always tell people that even though I had fallen in love with music in 2014, music has been part of my life as I listened to it every day.”

His passion and love for music peaked when he started deejaying as a music production practitioner, and that was when he learned to live by some virtues. “Being a deejay is like being a servant of the people,” he said. “You are working for them and you need to perform your duties from the heart. It's priceless not be selfish with your talent.”

“I am in an industry that places me in an apt position to communicate or even relay diverse positive messages to thousands of people,” he said.

He is largely self-taught, since he had to spend much time in the studio alone, experimenting with different sounds. “I don't have a mentor, I am just the most hardworking person who is always in touch with his fans,” he said. “But then, if you were to shake me from deep sleep and ask me to name any artist who means a lot to me, that has to be Casper Nyovest. He inspires me, because he didn't limit himself or set boundaries in the industry; he just let music speak volumes and that’s how he managed to be successful.”

He pointed out that music needed one to do it for the love of the art or else one was bound to fail. “It wasn't an easy task to sacrifice all my savings for paying producers,” he said.

He has made himself known out there in the music firmament with hit singles like Tour to success, Greatful, The vibe, Idimonilam, Dreams, Lift it up, Pour up and Navanyika.

“I am currently working on two songs, Am ready (amapiano) and Take it outta the hood (hip hop),” he said.

This first-year BSc student at the University of Venda is passionate about his music and studies. “Without education, it is not easy to operate in this world,” he said. “My music also aims to fight substance abuse and peer pressure in schools and communities.”

He is available on most social media platforms. 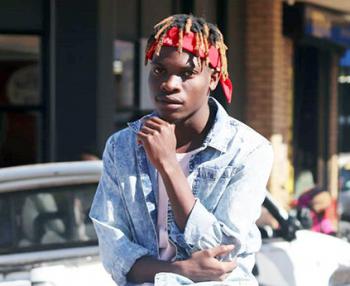