At a time when the output of locally produced films seems to be dwindling, Ma Mafia is set to be released tomorrow (14 March) to critical acclaim.

Directed by Musiiwa Makumbi of MSW Media, in association with Bomo Entertainment, Ma Mafia promises to offer the delights of a blockbuster for Vhembe’s people and those beyond the provincial demarcation.

“We are going to continue to release movies of international standard in terms of quality, despite the lack of major funding,” said Oriel “Bomo” Makhokha. “The film offers a mixture of hard-hitting action and some delights of horror, and it is that kind of a screenplay that every movie fanatic would yearn to watch for many days on repeat.”

The film depicts the experiences of a young girl named Phophi (played by Awanda Ntlonze) who is chased by a group of dangerous Ma-Mafia. The bloodshot-eyed X (played by Bomo) leads a pack of hyena-like Ma-Mafia in this mission of tormenting Phophi and others, after Phophi had stolen large amounts of money from them.

“She has stolen from the wrong people,” Bomo said. “And they wouldn't leave her until they feel that she has repaid all that she owes them. But then she is one strong person in the movie, who will not let them do unto her what they wish.”

The film was shot in different settings and places around Vhembe, such as the Phiphidi Dam, the forests of Thathe, Hollywood Resort, Vhadau Lake View, and Mount Azimbo Lodge. “But the film is more focused on the forest and nature area,” he said. “This is the first film we had worked so hard on and completed without disappointments.”

“We would like to appeal to our people to buy the originally packaged film and not pirated copies as a way of empowering us to recoup the monies which we had spent in the making of this movie,” Bomo said. “We also aim at doing more movies.” 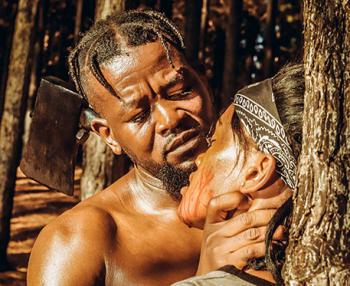