Having loved music their whole lives, they are eager to make their presence felt in the music industry. The eldest member of the group, Mavhusha (33), said that he had grown up listening to reggae music and he had been inspired by his uncle Calvin Mavhusha in the 90s. Mavhusha is the group leader, a songwriter, vocalist, recording and performing artist who has consistently manifested musical glamour since the start of his musical career. In 2017, he started recording some of his music and has since been pursuing the musical limelight.

Mbengeni (24) started his music career as a hip-hop artist back in 2008, when he worked with various hip-hop artists such as Coolfelo and Prifix. In 2012, he drew inspiration from his brother Khuthadzo ‘Ambassador’ Mavhusha and has since demonstrated a passion for reggae music. With more than 12 years in the music industry, he has mastered the art of music as a songwriter and vocalist, as well as a recording and performing artist.

The third member of the group, Mahumele, is a natural-born music star, who grew up with a musical state of mind from a young age when he played jingles with empty tins and sticks. The 24-year-old from Tshaulu village has swayed the group with his overarching set of musical skills, including sound engineering, producing, song writing, vocals and recording.

The group’s music is largely influenced by reggae and gospel rhythms, which is graced by a flow of melodious messages that blast the audience with a dose of sensational healing and upliftment. Last December, they released their debut album, Dzanga la Mesia.

The group's debut performance at the 2019 Les Royals Reggae Festival is one of their biggest spectacles to date. For bookings, contact Director Maboko on 079 340 4951. 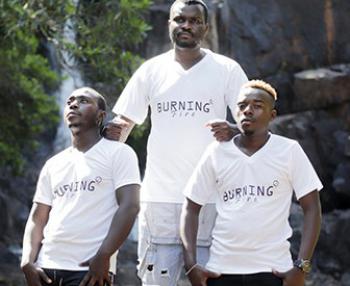