Several years ago, he was the backing singer on a CD by the well-known Given Mafhala.

Mbofho dzo vhofholowa comprises 12 songs and a bonus track and, according to observers, Nethwadzi is fast becoming very popular in gospel circles. He has revealed that, although the album has only been on the market for a few weeks, it has already made a huge impact in terms of sales. It is self-marketed and distributed.

Some of the songs that are already popular with the fans are Yehova Riauvhidza, Rofuniwa nga Yeso, Vhamurena wa vharena, Daba, Mudiwo wangu and the title track, Dzo vhofholowa. He composed all the songs on the album.

When asked how they intended to promote the new release, Nethwadzi said that performing live was difficult for him and his backing singers as they did not have musical instruments of their own.

On a more personal note, he said people could have everything they could wish for in life, but without God they would never enjoy life to the fullest. "We are all created in the image of God and we should pay back by praising Him and, in my case, it is through music."

He said he was now back after taking leave from the music scene "because of piracy. It costs a lot to come out with a quality album. We spent a lot of time trying to be creative, but after the release of the album, it could be sold everywhere for a mere R5 or R10."

He added that it was very stressful and depressing "to find your sweat and toil on street pavements, being sold for next to nothing. We tend to lose focus from our creativity as we are not the ones reaping the fruits”.

He said it was his love of music that kept him going, otherwise he would have quit a long time ago. “I made a few changes to my new music, and the hit track Rofuniwa nga Yeso has a new complexion with a live acoustic guitar.”

He mentioned that they would continue "doing what we love best, giving quality music to our fans, no matter the odds. We appeal to the authorities to help us in the fight against the scourge of piracy by arresting and giving pirates heavy penalties,” he said. Those who want his CD can phone him on 076 463 7573. 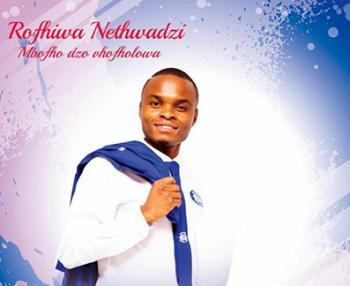