Sounds of Just-ice the award winner

Just-ice needs to introduction in the music industry as he made newspaper headlines and created an uproar on social media upon winning the Best Reggae Artist act at the Tshivenda Music Awards in 2019.

He had first realised the power of music when he was in secondary school some decades ago, and he has not looked back since that time. “Today I am a songwriter and reggae artist whose love for the sounds and beats and the infusion of meaningful lyrics cannot be erased from my heart,” he said. “In the early stages, there was a teacher who used to play a guitar in the class, and that's when I became interested in playing music too.”

After completing his Grade 12, Just-ice went to pursue a music programme at the University of Venda. “Music satisfies my soul, it gives me joy and motivation,” he said. “Music is my life and it always gives me something to do.”

A resident of Tshipise Sagole, Just-ice was inspired by the music of Colbert Mukwevho. “His music is well crafted, and he is the best musician ever,” he said. “Meanwhile, I was mentored by Lufuno Makhoshi, who motivates me and helps me in every way on this journey of music.”

He received a nomination for the South African Traditional Music Awards in 2010, and that served as motivation to even work harder as an artist.

His songs include, among others, Dj Vulelani, Hu tshinyalelwa nne, kha riite ri tshidalelana, U songo mphira Murena. “My latest album is called Thonga ya Vhavenda, which was released last week,” he said. “The message on this album is that people must stop abusing women.” 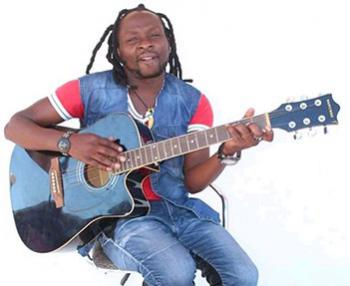