Sedzani Petunia Daswa, better known for her lyricism and beautiful voice as Ando or Ando the Artist, is currently one artist trending online via her most original, sterling music videos.

A resident of Ha-Makhuvha village, Ando is a respected songwriter and singer whose signature look of “pegs on her hair” makes her appear even more unique in the music industry. That is the image she has created for herself.

“I am a dynamic vocalist, recording and performing singer and songwriter,” she said. “I write most, if not all, of my songs, although I sometimes use co-writers and songwriters.”

Her brother had registered her in McArt school of music, but she was not exactly part of the mainstream academic life. So, two years down the line, she found herself writing situational poems and eventually turning them into songs.

“I joined the school choir in 2012 and also participated in a number of school concerts,” she said. “I had to juggle netball practice and choir practice and it all made sense to me.”

In 2014, she made a break into the music industry with a single, I made it, and it was that very moment when she told herself that there was no turning back.

“For me, music is more of a calling than a hobby,” she said. “It is the one thing I can proudly say 'I was born for this'. Music is life and without music I don't even want to imagine how my life would have turned out. It is who I am as an individual.”

She mentioned Rendani 'Dr Mario' Mukwevho and Rofhiwa 'Big Ropza' Phuluwa as her mentors. “What I love about them is that they tell it like it is, they do not beat about the bush when it comes to music and entertainment as a whole,” she said. “They always encourage me to do more, to challenge myself and to work outside of my comfort zone. They always encourage me to keep myself updated with the latest music trends and to listen to all kinds of music genres.”

Her first music video was of the song I don't, one of her stand-out songs. “The graphics are beautiful, the song is the best and for a second I was out of my comfort zone,” she said. “For that same song, I don't, I won an award for BEST RNB song of the year 2019 in the sixth South African Upcoming Musicians Awards. I felt untouchable, like the queen that I am,” she said.

“I also worked on a Mapiano EP, entitled Him and I, with Big Ropza, the best producer I've ever worked with so far, my personal favourite. The EP is played currently playing on community and national radio stations with the lead singles Only You (Ahuna Munwe) and Madimoni (Bad Vibes)”.

Ando is currently working on a pop album that features the song All You Need and Human (music video trailer available online already). 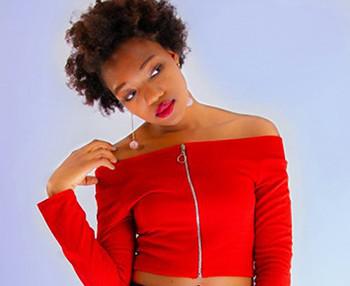