Zwonaka is a force to be reckoned with

"No matter what you're going through, there is a light at the end of the tunnel and it may seem hard to get to it, but you can do it," says the 26-year-old Afropop artist Zwonaka Phuluwa.

These are the words that keeps her going whenever she comes across "darkness" in her musical career. Born and bred in Vondwe in Matatshe, she is a force to be reckoned with.

At the age of 3, she said that she used to spend time with the community choir that was led by her mother. "I proceeded with my love for music when I joined a church band in 2007 at the age 14. Music became my first love that I made a name for myself as a lead singer of my choir in high school," she said.

In 2015 with the stage name of Yapie, she recorded her first single track, Remember, featuring Geenkon. The song inspired those around her, and she too was inspired to believe in her personality, writing skills, attractive voice and the potential to make a difference with her music talent.

In her music journey, she had released singles with music group such as NFR & Sliq musiQ and with artist such as Fizzy, Faceboy, Owi, Lil-f, and Batondy. "In my quest for growth and maturity, in 2017, I changed my name back to Zwonaka," she said.

She then started working with producer and artist Rofhiwa Phuluwa, who helped her to release tracks such as Wena, Weekend featuring Bravo, Ubumnandi and Too late. She won the best female artist award in the Black Ambitious Awards 2018 and best female artist and best dance song in the South African Upcoming Musicians Awards in 2019.

For bookings phone her manager on 079 102 0296 or write to contactproheed@gmail.com. 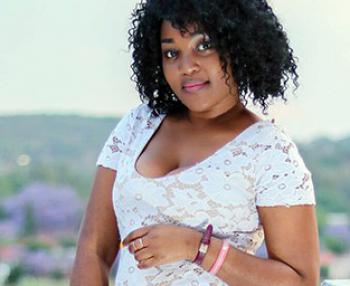