Local rhumba kwasa and disco house musician, Moque Slenderboy, believes that anything is possible if one works hard and never gives up.

Born Zwivhuya Makondelele, the 26-year-old from Fondwe village in Nzhelele has risen from humble beginnings to be a local phenomenon. He started his career as a backup dancer for Makhadzi in 2010. "I was determined in what I was doing that time, learning everything about music and also believing in myself that one day I would release my own album," he said.

This dream was realised in 2014 when he released his first album, Tshimange. His second album was Mmbwa yanga. He was featured on Baby M’s Mitambo ya kale and on Esnath Mulaudzi's album, Kubevha.

Working with Makhadzi played a crucial role in his musical career. "She motivated me to always do my best and I learnt a lot from her since we worked together for a long time. When I look where Makhadzi is today, it gives me hope that anything is possible if you work hard and believe in yourself," he said.

He grew up in a musical family. "My family taught me how to sing. I used to participate in traditional dances at school, and I was the leader in those dances, so it motivated me a lot. That is why I am a singer today," he explained.

"I have achieved a lot so far. I can see that I'm on the right path, because I have performed in big events and shared a stage with well-known artists such as King Monada, DJ Tira and Sho Madjozi. I'm happy to see that people love what I do. My latest album, Tshikandeledzi, is doing very well commercially and I am receiving positive feedback from the fans."

He is ready for collaboration. "I'm ready to work with any artist, and I will continue producing quality music," he said. He attended Jack Lavhengwa Secondary School. After passing matric, he went to study tourism at Vhembe TVET College. 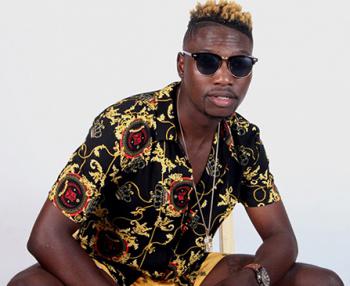