Johnson's Masindi's sounds are out of this world

The music of Johnson's Masindi is melodious, and the first impression the listener gets is that the singer and his technical team have had enough time to work on the project.

A resident of Lukau in Tshilamba, Johnson's is a gospel singer and songwriter who discovered his talent when he was only 17. He was just singing in the church before the service could start and the leader of the worship team heard him. “She told me that I should consider joining them in the worship team because she could see that I had talent,” he said.

He has just finished his debut studio-recorded album, Tshilidzi tshavho, a project that was done at Mphagani Studio. It comprises stand-out songs such as U na ndavha, Vhugala ndi havho, We worship You, and Zwi do luga. “As for me, music is a way to express myself. It keeps me company when I'm alone and it always gives me something to do, as I sing while doing my daily work,” he said.

He said that he held the view that music could achieve more in a crime-infested society through the opening of music schools for people who had nothing to do, in order to keep them busy. “Music provides not only entertainment but healing in many social areas,” he said.

His mentor is Mr Mbangiseni Mphaga, who has a kind heart and is mainly focusing on developing new young music talent in Limpopo. “Mr Mphaga is a very supportive man who is also patient enough when providing his mentoring,” he said. “With regard to singing, I look up to Ndivhaleni Musetha and Voice Tsilatsila for inspiration. I like the way how they give advice to the younger generation of singers.”

Johnson's Masindi's music is touching and unique in the realistic sense of the words. Those who are interested in his music can dial 071 411 3871. 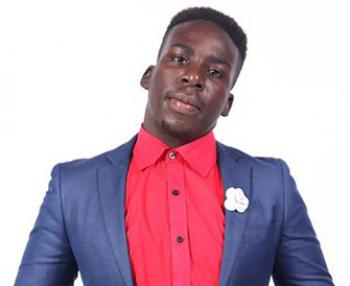