A new local favourite artist producing traditional reggae music, Ras Willie, is due to launch his first full music video in February. One of the songs on the music video, Mmbebeda, is already very popular on various social media platforms.

“I decided to share one song on social media to give my fans a taste of what they can expect in the forthcoming music video. However, the response was so overwhelming that my phone kept ringing non-stop. My fans wanted the whole music video to be released immediately, but I told them that they should be patient, so that I can do things according to plan,” said Ras Willie, full name Wilson Dzebu.

Dzebu said the full music video was shot at various picturesque venues around Vhembe. “Our district has very beautiful natural resources, such as mountains, waterfalls, fountains and dense vegetation. I had an obligation to shoot my music video in this untapped natural beauty to show everyone that we have the best creation in our area. I am proud of where I come from, and I want the whole world to experience the natural beauty of Vhembe through my music video. Besides that, as an artist who advocates for African tradition and culture, it was important for my music video to depict the untapped indigenous beauty of where I come from.”

He said the music video would feature all 12 songs from his debut album, Vhulunga zwau, which was released in November last year. “This is a very huge project, but I had to do it for my fans, who have displayed enormous support for my music. The fact that my music is unique also influenced me to come up with unique scenes in the music video to promote our heritage and indigenous style of life.”

He thanked his fans for the support they had been showing him since he released his album three months ago. “It is very rare for a new artist to get the type of support that I’m receiving from music lovers. I have no doubt that this is because people relate to my music as it reminds them of where they come from and what the future holds for them. I’m really humbled by this huge support.” 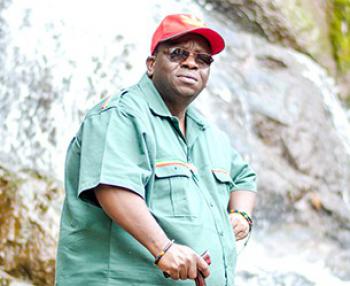