Nicodermic is a hip-hop artist, songwriter and composer of note who has also worked with so many artists in the local music industry that his name is well known all over.

He was born Nico Rofhiwa Morobe at Shayandima. He discovered his musical talent when he was at primary school. He started out as a dancer and then as a singer at church.

“I was with this other guy called Muzambiya, who was a taxi driver at the time. When he was driving around, I would be free-styling right inside the taxi or at car washes where he took the taxi,” he said. “It was at the car wash where people heard me sing and an arrangement was made for me to be introduced to the music show producer at Univen FM. I rapped on air, and after that I have been receiving calls nonstop from listeners who say I must take my music seriously.”

After singing on Univen FM, Nicodermic has not looked back. “I get inspiration from Nwali (God), and He sustains me all the time,” he said. “Music has become a way of life to me; its messages shape my life, and it has become my lifestyle.”

His highlights include opening the stage for the internationally recognised artist Ricky Rick and appearing on an eTV documentary on VenRap. In his music career, he had the opportunity to work with Emtee, Da Hustler and h2p.

In his own right he has established himself with songs such as Sexy Shangaan, Pool party, Neva compete, Jozi to Venda, Sfuni mali, and Already know. “I have an album that has been put on hold, but I am working towards finalising its release soon,” he said. “It includes tracks such as Hotbox, Immabout to bless and Wind.”

Nicodermic is available on most social media platforms and he can be reached on 079 902 1452. 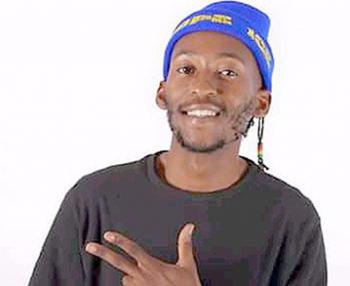