Ishmael Mudau has just released a The Best of the Best album, which comprises 20 songs from his six albums that have been issued through the years.

Mudau had approached DJ Nipro with the idea to compile his Best of the Best project that would only be released digitally, and Nipro bought his idea.

“This is a serious project for people who love reggae music for its relevance to social life,” he said. “This project will stand the test of the time, and I am confident that it will reach even the Rastas who are on the islands and in Ethiopia.”

He urged music lovers to stop sharing music via WhatsApp and other social media avenues and to start supporting artists by buying original music. “If you share my music illegally, you are literally killing my art, for I pay a lot of money to record my music,” he said. “I also take a lot of time writing and composing my music.”

His music is available from more than 40 online music stores, some of whom are iTunes, Spotify, Deezer, Tidal, Apple Music, Google Play, and Audiomack.

Mudau continues to hold the view that artists are not only men and women who utter prophesies but also herd a community or individuals in the direction where they are able to see their sun, moon and stars. “This is hope that we deliver to people through our music,” he said. “This world is filled with hopelessness and it is upon us as artists to deliver good music of hope.” 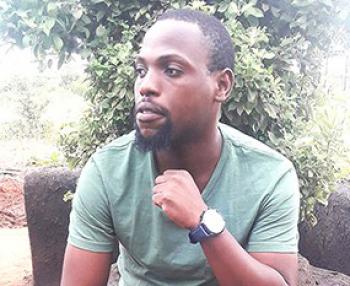