Tshifhiwa is a gift to her listeners

The 25-year-old Tshifhiwa Sibadela seems to have found the right platform from which she can effectively communicate with thousands of people at Makhado FM.

A BA Media Studies graduate, Tshifhiwa stated that she had aspired to become a communicator, informer and entertainer from an early age. She joined Makhado FM as a co-host of Maswamaswa current affairs. After that stint, she held the helm of the Tibu show between 00:00 and 03:00 on weekdays.

“I fell in love with the radio many years ago, and I cherished this dream until I came to realise it,” she said. “Radio has a community of its own, which comprises listeners from many villages, towns, prisons, workplaces and hospitals. This is a community that has come together in the listening and interaction space and become one.”

“I was doing commercial subjects in high school and because of that my mom thought I would study for a B Com degree,” she said. “But by that time, I had fallen in love with radio already. I had to choose a course that included communication and media studies, and thus far I am proud of my decision.”

Tshifhiwa loves good music and the company of loyal, respectful people who all enjoy life. That many listeners see her as a gift to them because of her excellence in communication skills is therefore no wonder. 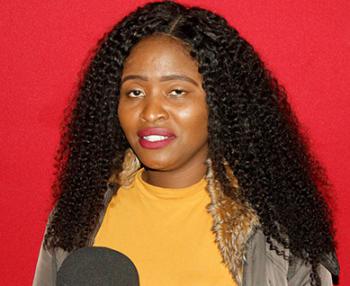