Huli M Mbambale is an artist to reckon with

He is known for songs such as Vha Mudzimu wa lufuno and Ngogodedze, but his 2019 hit single, entitled Ndo hanganea, was the one that set the scene alight and made it difficult for gospel music lovers to ignore his arrival in the gospel fraternity.

Born and bred in the dusty streets of Dzingahe village just outside Sibasa, Huli M Mbambale is a true definition of the phrase “perseverance is the mother of success”.

Having started as lead singer for a Gauteng-based group called Tabernacle Worshipers, Mbambale went on to form a gospel duo with Thabelo Noah Makhwedzha, which they named Paul and Silas Ministries. His big break came in September 2017 when he released his début solo album, entitled O mpfuna Murena (My Testimony).

In preparation for his upcoming live recording, Mbambale released two singles, Vhuhulu ha Mudzimu and Ndo hanganea, last year. Ndo hanganea set the gospel scene alive and has been an anthem at many churches. This caught Mbamable by surprise as he never expected the song to gain such huge popularity.

“When I wrote the song, I was talking about my personal experiences. I was telling a story of how God came through for me when I was down and out, and little did I know that many people would relate to my story,” Mbambale said.

Mbambale, a motivational speaker who runs motivational talks on Phalaphala FM, Makhado FM and Musina FM, attributes his success to self-discipline and the grace of God. He urged fellow gospel musicians to remain humble, work hard and wait for their time.

“I never gave up when things were not going my way,” he added. “I kept on working hard, prayed more and I was never jealous of those whose careers were flourishing. God’s time is the best.”

Known for his iconic dance moves on the stage, Mbambale, a board member of Divhanivhuyo Learner Support, has encouraged young artists to be original and stay true to themselves.

“God gave you a unique talent. Do not dilute it by trying to be somebody else; be yourself and work hard in crafting your true potential,” Mbambale concluded. 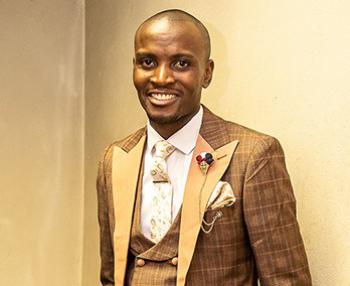