Justice Nemaah recently released his fourth album, At the feet of Jesus.

Nemaah said that the song Ro tanzwiwa spoke about God's love. "It also speaks about how He died on the cross for us and also of our being freed from sin and that we are now called his," he said.

He released his first album, Idani kha Yeso, in 2011, and it was followed by A huna munwe in 2013. In 2015, he released Ramakole. "I am committed to spreading the word of God through my music, and I want to use this album to connect people with God. I was born in a musical family and inherited the musical abilities from my grandparents. I have been a churchgoer since I was a kid, so gospel music is the only thing that I know. I have never liked any other music besides Godly music,” he said.

The 30-year-old Justice Nemaah was born Justice Nematswerani and he hails from Maraxwe village. He was introduced to music at the age of 15. "I started singing in Sunday school at Christ Faith Fellowship Centre and later joined the church choir at the age of 17. The choir conductor saw potential in me and eventually moved me to the worship team when I was 18," he said.

He was inspired by artists such as Rofhiwa Manyaga and Pastor Benjamin Dube. For bookings he can be reached on 072 073 1847. 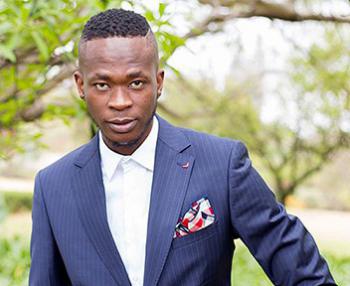