Timmy Blanks has proved through his talent and hard work that he is not an average artist but a full-fledged singer, producer, director, composer, instrumentalist and sound engineer.

A resident of Ha-Mandiwana village in Nzhelele, he was born Livhuwani Timothy Tshiguvhu into a very academic family, but he happened to be the one blessed with artistic capabilities. “My interest in music started at the age of 11 when I was the smallest bass player at a local church, whose pastor was also a guitarist and a singer,” he said. “He also was the one who taught me how to play acoustic guitar.”

He was more active as a singer in an R&B group, Soul Mates, at Mphephu High School in 2000. He wanted to pursue a musical career via a music degree upon completing his Grade 12, but he was dissuaded that music could not be taken as a career.

“Then I decided that I must do music as a hobby and not a career,” he said. “I moved to stay with my elder sister in Thohoyandou, who was a lecturer in the University of Venda where I was doing bridging courses. By then I used to sneak into music classes in the music school with no registration … that was where I learned to play music by the book.”

He moved to Pretoria to pursue his studies in 2003 and that was the time when he met his musician friends Abby Tshinada and Michael Manenzhe, who were working for a recording studio.

“In the company of Abby and Michael, I learned sound engineering at Faceoff Music Studies, owned by Prince Nyadzawela Mamphitha,” he said. “I started working on my original material, which resulted in my first album, Dakalo.”

In 2008, he produced the controversial hit Marry Me by Ambani Bee Gee, and he also acted as a main character in the song's video.

He went on to produce artists such as Sandani Singo (gospel) and Talifhani Matshakatini (reggae). He has sung with Colbert Mukwevho and shared the stage with the late Oliver Mutukuzi, Lira, Thomas Chauke, and Tshepo Tshola. 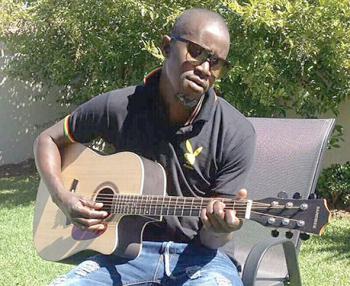