Shony Mrepa is brewing a

In the music fraternity and any other community in the Vhembe District, the mere mention of the name Shony Mrepa is usually enough to get people beaming with life, because this man’s music has been keeping dancers on their toes.

The popular artist was born Shonisani Shaun Livhoga at Madombidzha village, the very village that he had immortalised with the song Madombidzha ndi ya li funa.

“It’s so surprising and heart-warming at the same time that this very anthem that I composed almost a decade ago it is still popular,” he said. “People still love the song.”

He mentioned that he had discovered his singing talent when he was doing Grade 8 and it was at that very time that he realised that he was a skilful vocalist. “Today I have evolved into a full-fledged musician since I embarked on developing my music career from early on in my life,” he said. “Music to me is life and it’s what makes my life better. I make a living through music.”

He had worked with the late Bojo Mujo and Tzozo at different stages of his music career. He is currently signed with Mulata Branded Lifestyle. “I am planning to do some projects with Zulu Naja and Master KG as I respect them for their amazing talents and skills,” he said.”

Shony Mrepa released many hits over time, such as 2'bobo yanga, which kept people dancing and singing along for years.

“I am working on a song entitled Storm in a Teacup, which is very international as it also carries an intriguing poetic title,” he said.

Shony Mrepa's music has earned him respect from both young and old, and many youths look up to him for motivation and inspiration. He is available on Facebook and can reached on 072 512 9400. 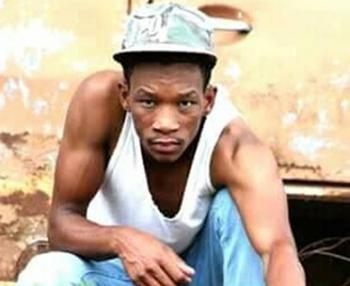