An award-winning gospel singer, songwriter, radio presenter, actor and a worship leader of the Hillsong Church South Africa Worship, Kingdmusic, recently released his single, Nobody like you, featuring CalledOut Music.

Kingdmusic said that he was inspired to write the song after reading 1 Chronicles 17:20. "I had just finished reading this Bible verse when I felt inspired to write a song about it, but I was also inspired by what I know about God through my own personal experiences. There was a time in my life where I was going through difficult times and God kept reminding me that He loved me, no matter what. He protected me and even answered some of the prayers, hence I say there's nobody like Him," Kingdmusic said.

Kingdmusic, whose real name is Denga Takalani, hails from Mukula village. This vibrant musician started his singing career at the age of 12. By the age of 14, he had started writing his own songs and recorded his first R&B single, entitled Always loving you.

He is a presenter on Radio Pulpit and has won an Ingoma award in 2018 for his Upside down music video, featuring Takie Ndou. He was also nominated for Best Newcomer and Best Collaboration Song at the Limpopo Gospel Music Awards 2018.

He said that he was still busy with his second album. “I will release my second studio album next year and have a lot of international features. I will also be traveling to New York in February 2020 to be part of the music tour that I won the through the Sing gospel in USA competition,” he said.

His latest album, Seasons, has been nominated in the category Best Contemporary Gospel Album at the Limpopo music awards and the Best Gospel Album category at the Tshima awards. For bookings, he can be reached on bookings@kingdmusic.co.za. 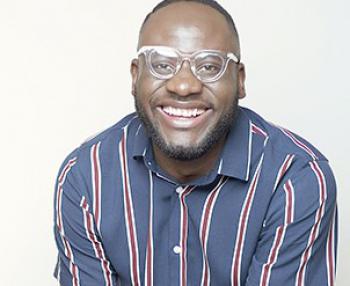