In the hip-hope genre, everything starts or ends with a stage name - names such as Mizo Phyll, Bhamba, Yellow Mah, Ramzeey, and Miskay conjure up specific images in the minds of fans. These are brand names that the persons who possess them had worked hard to cement in the genre.

Now, here comes young Ozzy, and he sometimes calls himself Ozzy da Rapper because he is the supreme rhyme buster. “I literally spit fire with my lyrics, which are more like poetry,” he said. “There is poetry in hip-hop and there is hip-hop in poetry - you cannot separate the two art forms.”

As a resident of Madabani village in the Kutama area, Ozzy's music career started in 2010 after he had taken inspiration of many hip-hop artists who had paved the way for the younger generation.

Born Hosea Siphugu, Ozzy stated that he had been following in the footsteps of his older brother, Mashudu, who is famously known in the hip-hop fraternity as Big-G. “I got my stage name from Big-G after he noticed my talent,” he said. “Big-G said I was oozing raw talent that needed to be cultivated and taken to the people.”

He first made his breakthrough when he joined a hip-hop crew, 3kp. The group released many singles that were popular with the local fans. But today Ozzy is an independent solo artist who debuted with MaQuaPheni. “MaQuaPheni made great waves in music circles and even earned me some respect among music lovers and fellow musicians,” he said.

His latest single is Promised land, and he is currently working on another project that he provisionally calls '97, which literally refers to the year of his birth.

“I always try to encourage the upcoming generation that it doesn't matter how young or old you are,” he said. “You can do greater than yesterday. I do music with all my heart and I guess I'm on the right path now.” 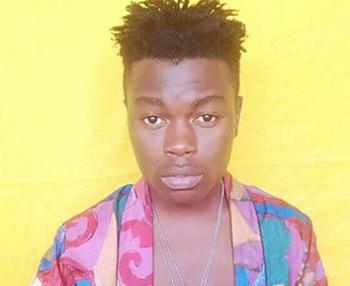