“Tshingondo is the mother of all music genres”

“University of Venda, good day. Can I gladly help you?” This statement over the phone is synonymous with Thihumbelwi Reuben Magadani, the former friendly, sweet-voiced switchboard operator at the University of Venda who enjoyed his work to the fullest.

However, another interesting, musical side of Magadani, who now works as client information officer at Kalafong Hospital in Tshwane, exists.

Magadani, who hails from Tshifudi village outside Thohoyandou, has just released his third tshingondo (rhumba) music album with his band, the Tshinzereni Boys. The album, Zwikhukhuliso, is very popular among the local tshingondo music fraternity since it receives massive airplay on local, regional and national radio stations.

Famously known as Riedo in the music industry, Magadani says he started the Tshinzereni Boys with Elekanyani Munzhelele and Dalton Magadani in 2000. “We then released our first album, Mupfuluwo, in 2003, which received acclaim from local music lovers. The album carried thrilling songs like Luvhengo and Riedo, which are still loved by our adoring fans even today. One thing I like about tshingondo music is that it does not go out of fashion. That is why our 2003 songs are still popular.”

Riedo said that, together with the Tshinzereni Boys, he returned to the studio to record his second album, Gada in 2004. “We promoted the album through live performances at various places, but due to work commitments, the band only met during vacations. That did not deter our high spirits because the second album was also performing very well in the market. For the past 14 years, many people thought the Tshinzereni Boys were dead and buried because we could not release any album. We proved our critics wrong when we came back with this new album, Zwikhukhuliso. The long break helped us to reorganize ourselves and give ourselves time to compose our music without any pressure.”

He said tracks such as Kha ri farane, Muporofita, Judy, Musiki and the title track, Zwikhukhuliso, were making waves in the local music fraternity.  “Zwikhukhuliso is our first album to sell 5 000 copies in one month. We believe that one of the reasons is that we took a long break and people were thirsty for our music. Besides that, the music on Zwikhukhuliso is more mature than our two previous albums. We are very thankful to our fans who continue to buy the album on a daily basis. We also thank various radio stations who are playing our music timeously.”

Though he is enjoying the fruits of his success, Riedo said he would not rest until Tshingondo music received the recognition it deserved. “Some people still perceive this type of music as low-class music, but we will fight until people realise that it is in fact the mother of all music genres.” 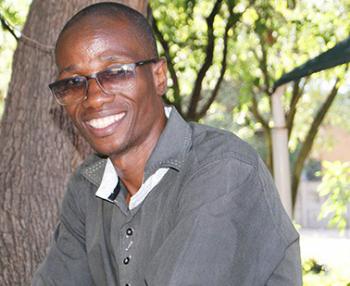