We are all bound to stumble along the journey

A resident from Ha-Matsa Phaphaphani in Nzhelele, Khuliso Russell Mufunwaini, recently released his first book, Russell's journey - Living according to The Word.

This is a Christian book “that talks about our purpose in life, the purpose of our existence and also on how to live a God-pleasing life," he said.

According to him, the book addresses a lot of questions that are raised by many Christians. "In order for the followers of Jesus Christ to fully live a victorious life, they need to first understand the purpose of their existence and once the purpose of existence is known, Christians will live their lives knowing that earth is not their destination, but heaven is. The book is based on  personal experiences, which are then related to Bible stories."

Mufunwaini said that he always wanted to tell people how he managed to overcome depression after losing his twin brother in 2011. He added that it was not the end of the road when trials and tribulations came your way. "In fact, trials and tribulations come, so that the glory of the Lord may be revealed, and your faith may be strengthened if you stand firm in the word of God. Christians are encouraged not to throw in the towel before the fight is over. They are encouraged to be like giants in the Bible who never gave up on God," he said.

"Everyone is on a journey and that journey with personal experiences can be turned into an inspiring story in the form of a book," he said. He also said that he was busy writing his second and third books, which will be released soon. He studied BSc in Geology at the University of the Witwatersrand.
He can be reached on 072 637 3407. He is also available on Facebook at Khuliso Russell Mufunwaini. 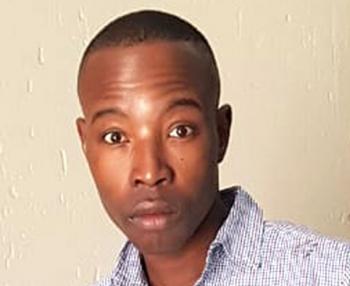